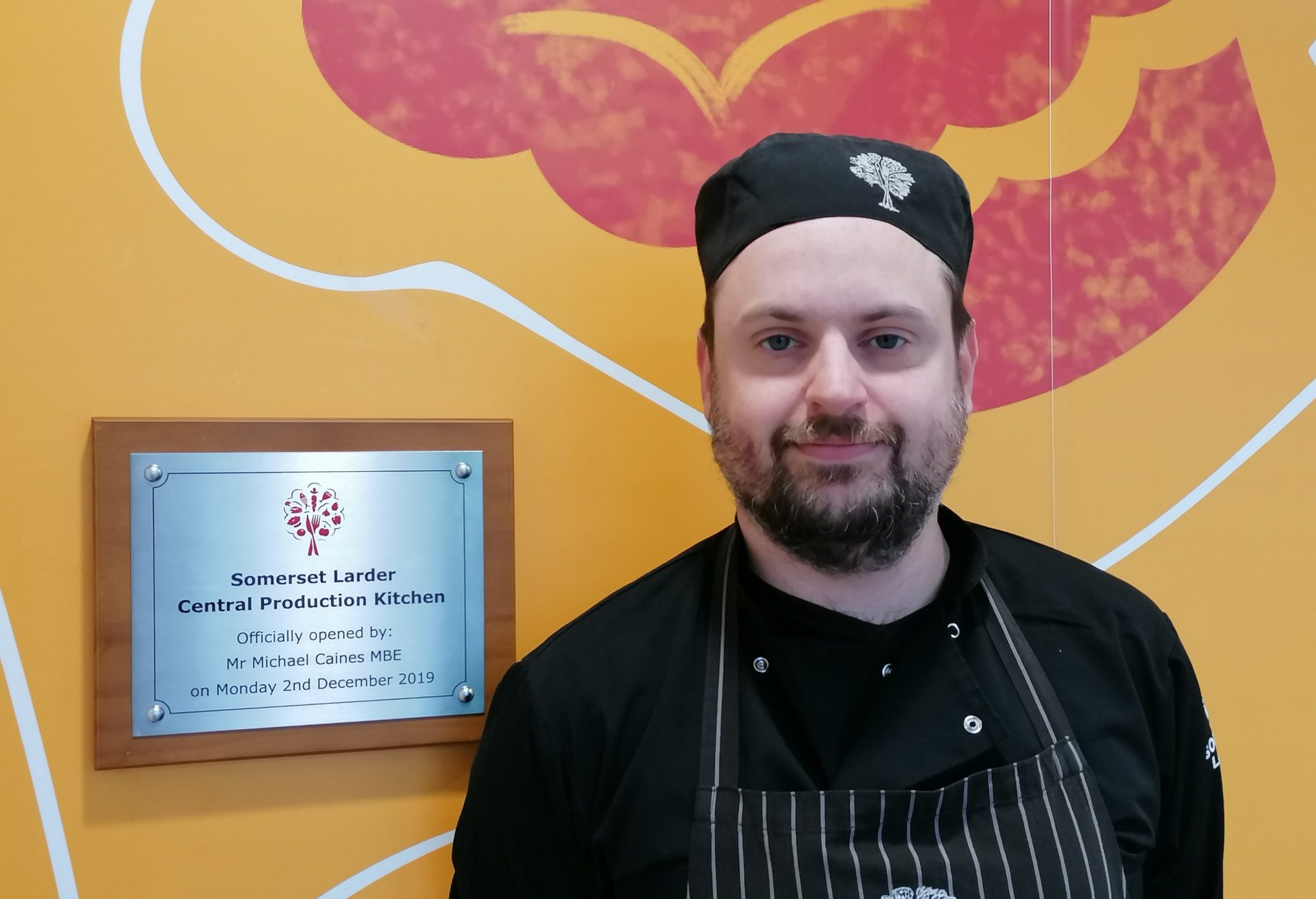 Originally set up to supply Hinkley Point C, Somerset Larder has become experts in using local produce to cater for many people. Now, they are expanding and looking for new companies, with the help of Rob Marshall, 36, the recently appointed development chef.

Rob explained: “The business was set up to be the supply chain for Hinkley point. Obviously now Hinkley has a limited time it will be available for, as there wont be as many workers once the building is complete.

“People at Hinkley want hearty food, as they are manual workers. But elsewhere, in other places we are looking, there is more scope for what we can do.

“It is nice to be involved with Hinkley, I don’t think people quite realise how beneficial it is to the community and the jobs it creates.”

Rob has been passionate about cooking since he was 16 after taking an apprenticeship at The Marriott in Derbyshire. He moved to Somerset 10 years ago, to be closer to family down here, and started working on site at Hinkley Point C two years ago.

“A lot of chefs fall into cooking because they don’t really get on with school, so they spend their time in kitchens and small environments. Being a chef suits a certain type of person” he said. “And if you are good at it, you stick it out really.”

Last year, Rob moved to the Central Production Kitchen in North Petherton and two months ago, was promoted to development chef – a role that means Rob can discover the latest food trends and plan the menus accordingly.

He said: “We have had a big push this month on vegan dishes. I am looking at things now a year ahead about what I think will be popular.

“Next year, one of the things I have noticed when I went to the food fair in Exeter, is central and South American dishes – they have these crazy vegetables, like in Peru they have multicoloured potatoes. It is all about colours, big flavours and few ingredients.

“Kombucha is a really low alcohol drink which is becoming really popular. You can have it as a tea. My job is too look at these trends and see how we can use them.”

At Somerset Larder they are keen to use local produce. Rob believes this is so important to create sustainable jobs for the community and support each other. Arthur David provides the fruit and vegetables, Philip Dennis offers the dry goods, Malcolm Pyne supplies the meat and Gunderman Dairy, the dairy products.

Being classically trained, the one ingredient Rob couldn’t live without is butter.

He said: “Any chef who doesn’t answer that question with butter is wrong. You can’t replace butter with oil and have the same impact. I was classically trained in the early 2000s, so everything then was still very French. Everything was heavy and not very decadent. Which is how everyone my age was probably trained.”

The main kitchen itself was opened last December, with Michael Caines visiting and judging dishes made by the Somerset Larder apprentices.

He now has plans to invite them to Lympstone manor, supporting Somerset Larder however he can.

One stand-out moment for Rob was last September when Somerset Larder cooked a dinner for all the directors of EDF and the energy minister.

He added: “They had brulees with shortbread and berries. We did a dish with fondant potatoes, heritage vegetables and cannon of lamb. That was the dish I designed and sent out.”

After working 70 hours a week in his last job, Rob explained that he loves working the standard 38 hours a week at Somerset Larder.

“The company has invested in me and have created the job for me” Rob explained. “They are a progressive company, chefs here do 38 hours a week and that’s it. If you work anymore you are paid overtime. You are looked after and respected.

“Now I don’t work crazy hours, I love cooking at the weekend with my family. Anything I can cook with my 7-year-old daughter I love.”

This article first appeared in the County Gazette.