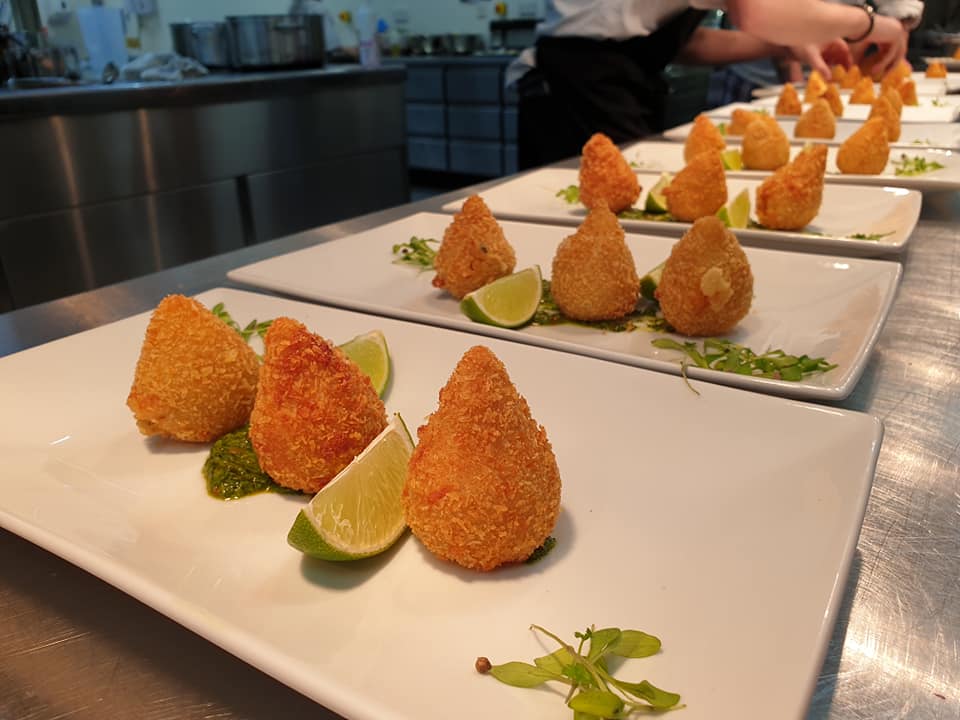 Chef Apprentice of the Year

Chef Apprentice of the Year

His meal was inspired by his home country of Brazil, with a starter of Coxinha de Frango, main of Moqueca de Peixe and dessert of Brazilian ‘Pudim’.

Estevan began his apprenticeship with Somerset Larder in April last year. He started as a kitchen porter, but was soon promoted as he showed an obvious flair and passion for food. In his short career as a trainee chef, he has already cooked for celebrity chef Michael Caines of Lympstone Manor!