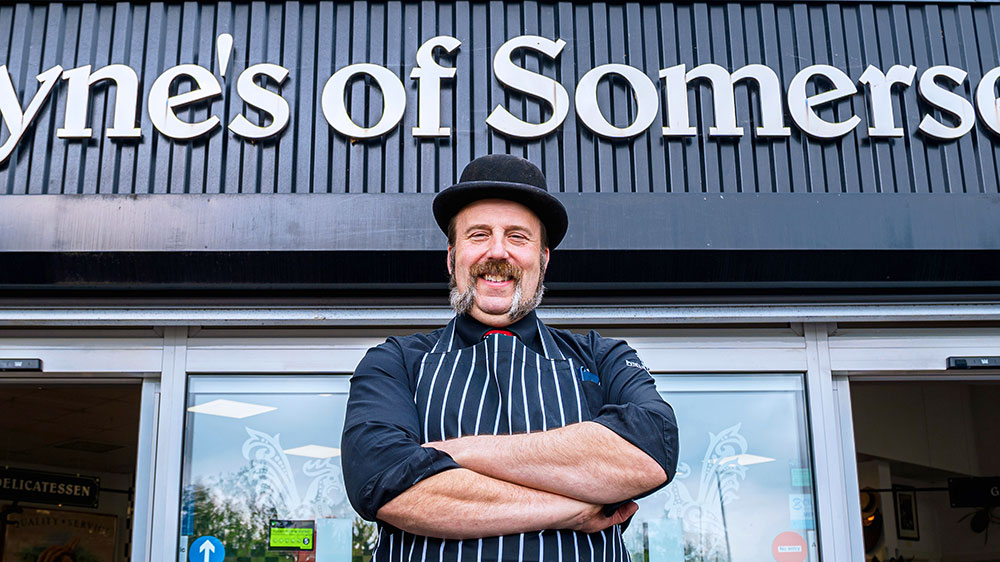 Our suppliers Pyne’s of Somerset are celebrating after being named the “Best Butchers Shop in Britain”!

The accolade came after they beat off competition from more than 100 other entries in the annual awards staged by the Meat Trades Journal. It’s the most prestigious trophy the company has collected since moving out of premises in the centre of North Petherton eight years ago to set up a purpose-built regional food store close to Sedgemoor Auction Centre.

Business has grown hugely since then with a customer base now stretching across three counties. Butchery sales account for 60 per cent of the shop’s turnover with some pretty impressive statistics: Pyne’s makes and sells 5,000 traditional faggots and more than two miles of sausages each week.

Owner Malcolm Pyne said he was still getting over the shock of winning the ultimate prize at the awards ceremony in London. He said: “We won the southern England section and I was pretty pleased with that. But then when we went through to the final and won that as well I was almost knocked off my feet.

“But my wife Julie and I really can’t take all the credit for this, we couldn’t do it without a fantastically dedicated and loyal staff and the local farmers who supply us with such utterly brilliant meat.”

Pyne’s was set up more than 30 years ago by Malcolm’s parents Phil and Beryl. But a decade ago it had clearly outgrown its original home and planning started for a move to an edge-of-village site.

Since that move growth has been phenomenal. The business now employs more than 50 staff and apart from meat offers fish, a huge range of regional food and drink including Somerset ciders and a hot takeaway. Saturday morning shoppers can also take advantage of an in-store hog roast.

Malcolm said the awards were not judged merely on sales or size. “They covered every aspect of the business, from the quality to the display and all the back office management,” he said.

“We were up against some very tough competition from the other English regions and from Scotland, Wales and Ireland and I’m absolutely thrilled we pulled it off: it is proof we are doing everything right.”